Has taken part in many art workshops including Printmaking Workshop under Prof. Paul Lingren in 1970; Viscosity Printing with Krishna Reddy in New Delhi in 1985.  He has participated in various Art Camps including the one organised by TATA Steel in Jamshedpur in 2000; Artists Camp for Harsh Goenka in Mumbai, organized by Vikram Sethi in 2003.

– Council Member and Vice President of All India Fine Arts and Craft Society.

-Founder Member of ‘The Six’, Group ‘8’ and Gallery 26 and Vermillion.

-Nominated Chairman of the Jury to finalize the selection of entries for the display of 47th National Exhibition of Art by Lalit Kala Akademi in 2004. 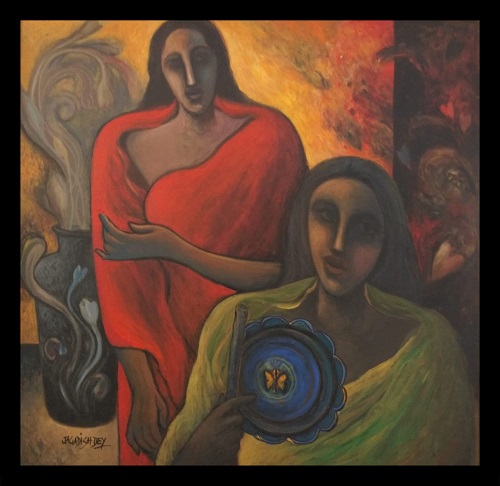